the organisers of the European Conference on South Asian Studies (ECSAS) 2023 in Turin have decided to extend the deadline for the submission of Panel Proposals.

For information and Panel Submission go to ecsas2023turin.eu

The conference is organized and hosted by the University of Turin – Department of Humanities, Department of Culture, Politics and Societies, Department of Law, Department of Foreign Languages, and Interdepartmental Centre “Istituto di Studi sull’Asia” (ISA). Turin is the cradle of the Italian Indological Studies that had a beginning in 1852, when a chair in Sanskrit Studies was established at the University, but fertile ground had already been laid by the tradition of teaching about the Near East, established at the University the year after its foundation in 1405. In the second part of the 20th century, the study of South Asia was renewed, combining social science-based
methods and findings with those of classical Indology. South Asian Studies in Italy cover today a wide range of disciplines and interests, and extends across several institutions. Thinking of the future, the motto of the Turin ECSAS conference will be “Building Sustainable Research Networks”. We particularly welcome panels aiming to build creative and productive research groups and promoting trans-, inter- or multidisciplinary approaches. We encourage the creation of research communities that promote connectedness between people, deepen the capacity for supportive collegiality, and support researchers of all levels. 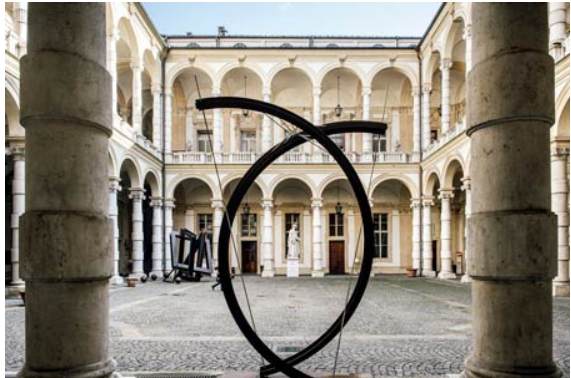 The panel submission is open from 15 February until 15 May, 2022. For more information, please go to the conference website: ecsas2023turin.eu (can be accessed from 15 February onwards).
All panel proposals must include the title of the panel, the name(s), affiliation(s) and the EASAS membership number of the convener(s), a contact e-mail, and a short and long abstract of the panel topic. Innovative elements of the panel should be particularly highlighted. Names of tentative paper contributors may be included (optional).


EASAS membership required. Please note that all panel conveners must be EASAS members and have no outstanding membership fees at the time of submission (join here: https://www.easas.eu/become a-member/; pay your overdue fees here:
https://dashboard.easas.eu/).

At least one of the conveners must be based at a European institution. One panel and paper per conference. Due to time constraint within such a conference, colleagues are allowed to convene no more than one panel and present only one paper during the conference.
This does not prevent potential participants from making several proposals, but in the case of multiple acceptances the convener and/or panelist will be asked to choose only one.

All panels must have an open call. ECSAS requires all accepted panels to be open to paper proposals through the website: proposed panels cannot be 'closed' to further papers from the outset.

All panel submissions will be evaluated by the conference's Academic Committee. Panel proposers will be notified of the outcome by July 2022.
If you have any general queries, please do not hesitate to contact: info@ecsas2023turin.eu

The abstracts of those panel proposals which have been selected will be published on the conference website in Autumn 2022.

The Call for Papers will be open from 15 November 2022 to 15 January 2023— detailed info will be advertised on the ECSAS and EASAS websites. EASAS members can then submit paper proposals to the selected panels. For the panels accepted by the Academic Committee, it is the responsibility of the panel convener(s) to:

No panel may run for more than four sessions of 90 minutes.
While it is recognized that the content of each panel depends on the papers selected and their overall quality, the Academic Committee asks all panel chairs to give due consideration to gender balance and diversity in their panel sessions.
Please note that in the case of similar or overlapping panel submissions, the Academic Committee may ask panel conveners to collaborate in leading consolidated panels to ensure the overall
coherence of the conference.